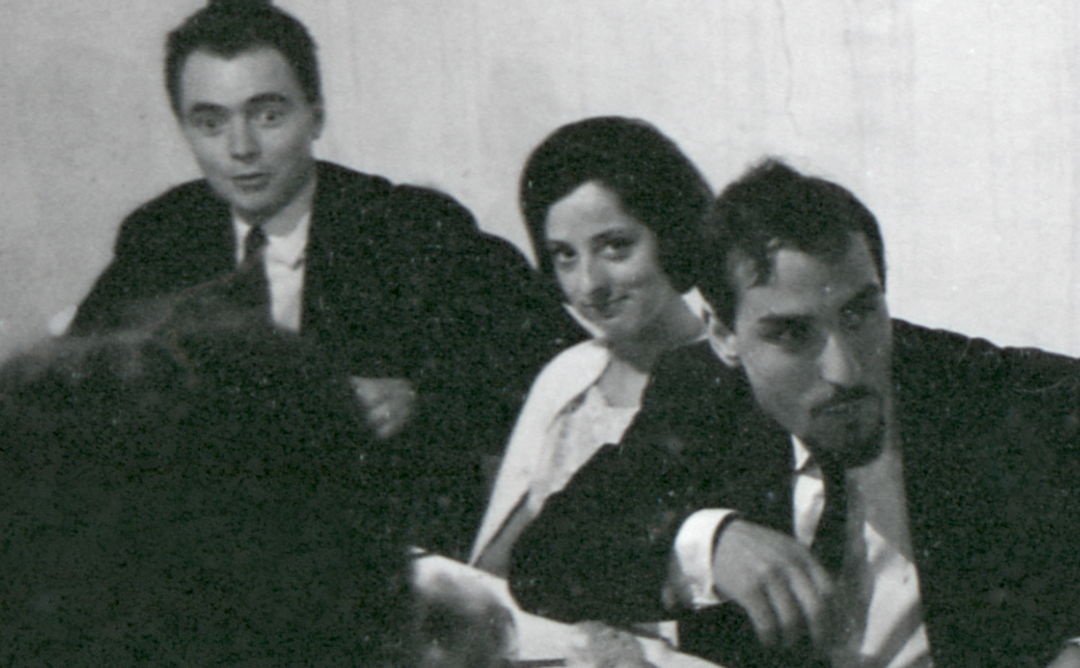 8M: Margarita Brender, one of the pioneering architects of 1960s Spain

Imatge:
Sopar de celebració de final de carrera. Barcelona, juliol 1965. Autor. Oriol Maspons © Fons fotogràfic O. Maspons - Arxiu Històric del Col·legi d'Arquitectes de Catalunya (COAC)
The Architects’ Association of Catalonia commemorates International Women’s Day with a tribute to the first female architect to become a member*: Margarita Brender Rubira (1919-2000). The most significant thing about her career is the very little we know about it. Everything we know about her can be summed up in five facts.

Two: She validated her qualifications in 1962, becoming the first female member of the COAC. Immediately afterwards she started practising professionally on her own, which was highly unusual at that time.

Three: From 1966 she worked in association with architects Barba Corsini and J. A. Padrós in the little district of Can Mercader in Badalona. They worked on a categorically modern complex, turning its back on the old quarter in which it stands in search of a purely southern orientation, with the capacity to define interior squares and streets with abstract volumes realized in tile and concrete and a significant amount of vegetation.

Four: In 1969, the magazine Quaderns (page 40) featured an article on a solo project: plans for an apartment block on the Costa Brava. The hand-drawn layout and perspective display a deft handling of modules that gives the whole complex an organic appearance, a direct legacy of the Can Mercader district.

Five: In 1970, Quaderns published a second article on her work: a plan for a larger, more complex and luxurious apartment block with more detail than the previous project, in this case located in El Prat de Llobregat.

And here ends the list of published information on the architect. Nothing more is known of her. There is no information on the rest of her constructed projects. This is sadly not uncommon. The role of women in the history of architecture (and, by extension, the history of art) has been overlooked, often intentionally, right up to the present day. We hope that the history of this architect, who had the courage to practice her profession on her own, will serve as a tribute to so many other hidden careers veiled in the past and which should be a matter of historical record. And also that it serves as an inspiration for all the female architects practising today and in the future.


*According to data from the COAC’s survey of the profession, 32% of Catalan architects are women. The same report shows that there tend to be more men than women in the higher income brackets.
7/03/2018
Tornar