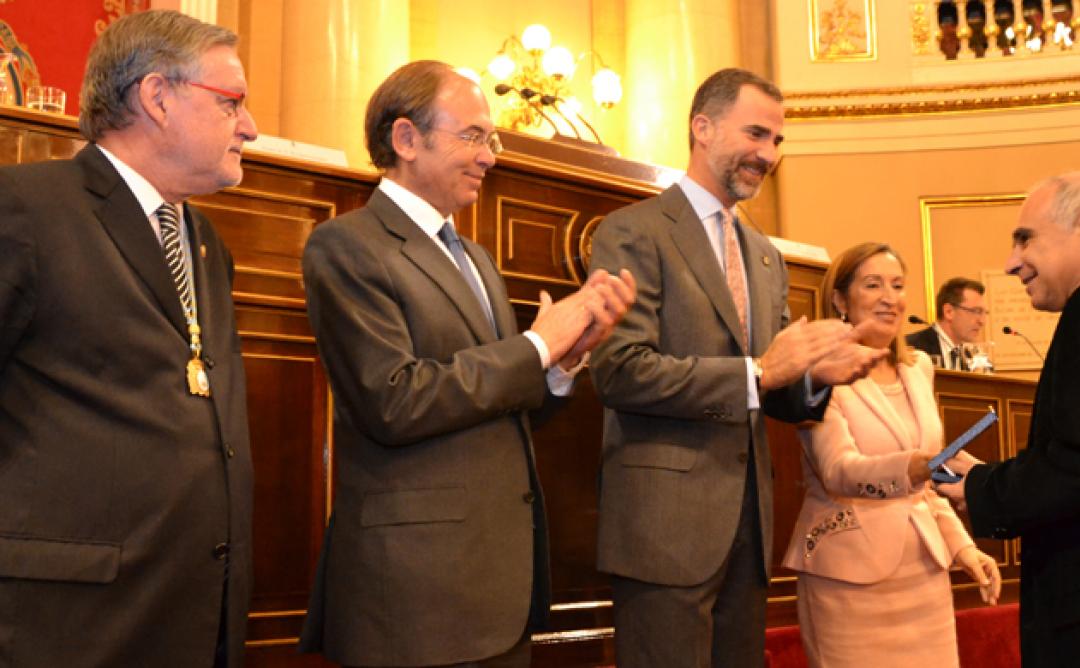 The COAC wins plaudits for its international outreach

Imatge:
© CSCAE
The award was given in recognition of the COAC’s efforts to internationalize Catalan architects.

The award distinguishes the almost two decades during which the COAC has striven to foster, promote and facilitate the internationalization of its architects. It gives particular recognition to the ArqCatMón project, which the Association organized in 2005 and which, coordinated by Jordi Farrando, helped Catalan architecture to win increased recognition beyond our borders through a magnificent exhibition staged in Istanbul featuring more than 500 international projects designed by 242 Catalan architects.

During the ceremony, Ana Pastor, the Minister for Public Works, highlighted COAC’s 'constant and invaluable backing and support, which is so necessary if we are to be successful abroad', referring to the recent creation of COAC’s Correspondent Network abroad, a collaborative network of member architects who work outside Catalonia and can currently be found in 23 cities on five continents.

The CSCAE awarded its 2013 Medal to the former Minister for Public Works, Rafael Arias Salgado, and architect Jaume Duró.