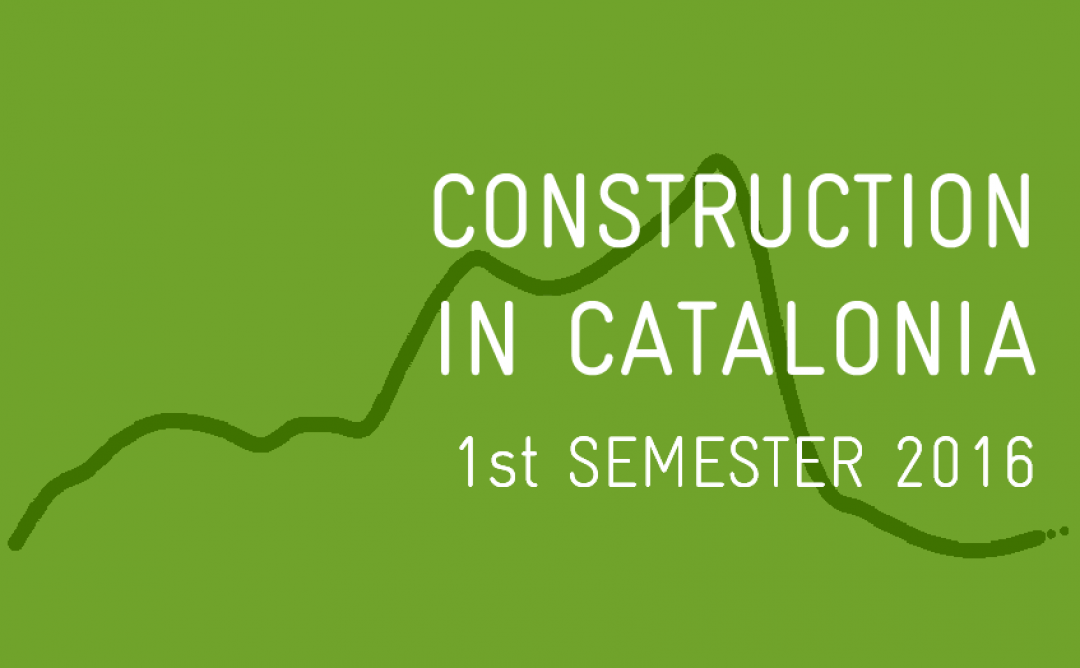 Building in Catalonia is growing, but the sector has yet to recover

Imatge:
© Col·legi d'Arquitectes de Catalunya (COAC)
On Thursday, 14 July, at a meeting open to the media, the COAC took stock of the situation of the construction and building renovation sector in Catalonia over the first six months of 2016. This period ended with a total surface area of 1,662,812 m2 authorized for construction, 15.68% more than the previous six-month period and 15.05% more than the same period last year. The Architects’ Association views this as a positive result, but underlined the fact that other considerations need to be taken into account to properly evaluate the state of the sector:

2. The increase in authorized building land relates mainly to a few very large-scale projects (over 10,000 m2), representing 26% of the total.

3. The surface area authorized during the first six months of this year continues to be extremely low throughout Catalonia, and very much below the construction and building renovation levels in the rest of Europe.

This therefore continues to be an unsustainable situation for the sector, which needs policies and incentives to reactivate it from an economic point of view and in order to complete its modernization process.

ANALYSIS BY TYPE OF BUILDING

In absolute terms, new build is continuing to show the most significant rise (22.56%), with around 1,083,329 m2 of land authorized. The surface area authorized for renovation dropped by 1.34% compared to the previous six-month period, with around 491,373 m2.

With regard to the number of homes authorized, there were a total of 4,044 in the first half of the year which represents an increase of 12% compared to the previous six-month period.

- The total volume of authorized surface area is still very much below the figure that would equate to the usual minimum.

- The sector is not yet experiencing a sufficiently strong structural recovery. Smaller projects of less than 3,000 m2 have only risen by 5.6%, while large-scale ones of over 10,000 m2 grew by 21.56%. Once again, the reactivation of the sector is failing to have an impact on either the majority of architects or other professionals and firms working in the sector.

- The increase in activity reflected in the amount of authorized surface area is primarily due to major projects in the province of Barcelona. In other provinces this figure has either fallen or remained stable.

- Once again, these figures underline something that the COAC has been demanding for some time: the need to implement measures of structural change to drive and steer the sector’s recovery and, as a knock-on factor, the economy.