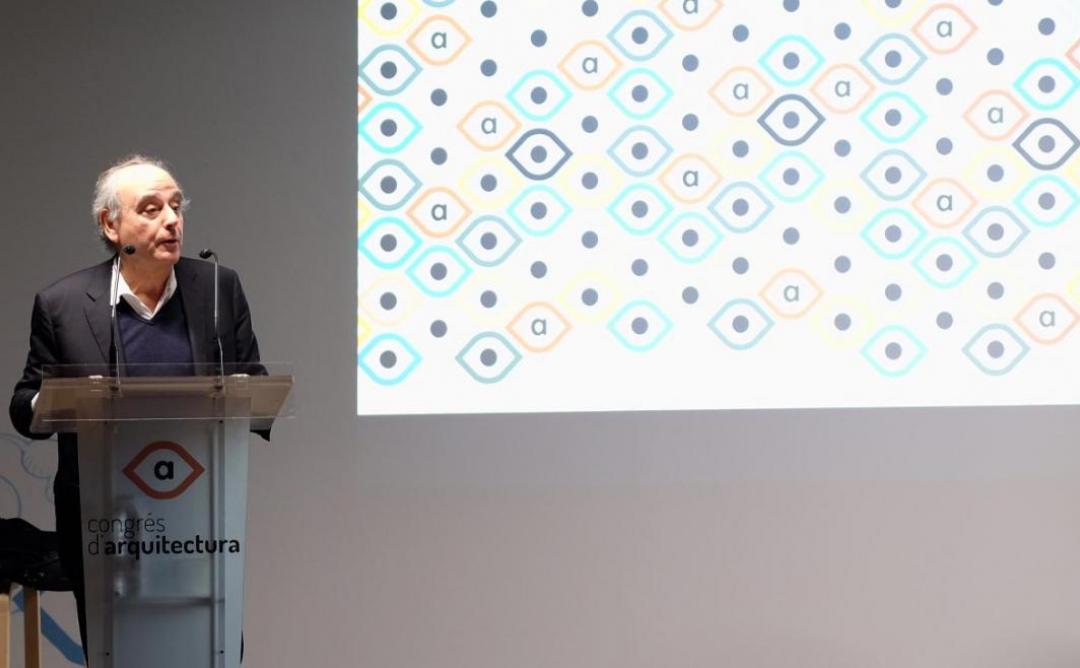 Josep Lluís Mateo: "Architecture is the tool to build a better world"

Imatge:
© Col·legi d'Arquitectes de Catalunya (COAC)
The Architecture Congress asked Josep-Lluís Mateo for a reflection on the values of architecture. This was a challenge not without difficulties, as COAC’s Dean, Lluís Comerón, acknowledged. But Mateo rose to the occasion with a lot of precision, serenity and, why not, also intimacy. He made it “abstract” and not from his personal of professional point of view, he explained.

The architect from Barcelona spoke about the relationship between architecture and society, and what could or should change to adapt to the new times and be able to strengthen the bond between one and the other: a bond that, in the past few years, kept loosening. According to Mateo, “architecture is the construction of the world and, as such, the expression of the society reflecting the values of the moment: greed, sadness, fears…” Architecture, by definition, builds, expresses, and formalises society, he said. Mateo sees architecture as the necessary middleman “on the quest to better worlds”. He spoke about adaptation to new times, where participatory social movements by citizens are on the rise, “a very suitable way to define current problems and needs”. In these contexts, “the architect is the only one capable of generating projects, of formalising them”, to respond to what people require.

Career
Josep Lluís Mateo is PhD Architect and founder of mateoarquitectura, professor of the ETHZ since 2002 and author of various publications. Mateo graduated at the ETSAB, where he is a professor since 1984. He was editor of the magazine Quaderns d’Arquitectura i Urbanisme from 1981 t0 1990, published by the Architects’ Association of Catalonia. His work is framed within a certain eclectic rationalism - drawing from rationalist architecture -: a style which defends the relationship between construction and architecture with a special emphasis on composition; which highlights a commitment between tradition and modernity, as well as the urban character of architecture.

Mateo gives a conceptual treatment to architecture, questioning the idea of traditional beauty and assuming the ugliness of suburbia architecture, as reflected in the reconversion of the factory Can Felipa into the Community Centre of Poblenou (1984-1991), and the multifunctional complex at Joan Güell Street (1989-1993), both in Barcelona. On occasion of the 2004 Universal Forum of Cultures, he designed the International Convention Centre of Barcelona (2000-2004). It features an undulating, irregular-shaped metallic structure which hides the holding elements. This, in turn, creates large open spaces on the inside which allow for a flexible layout.
10/01/2017
Tornar