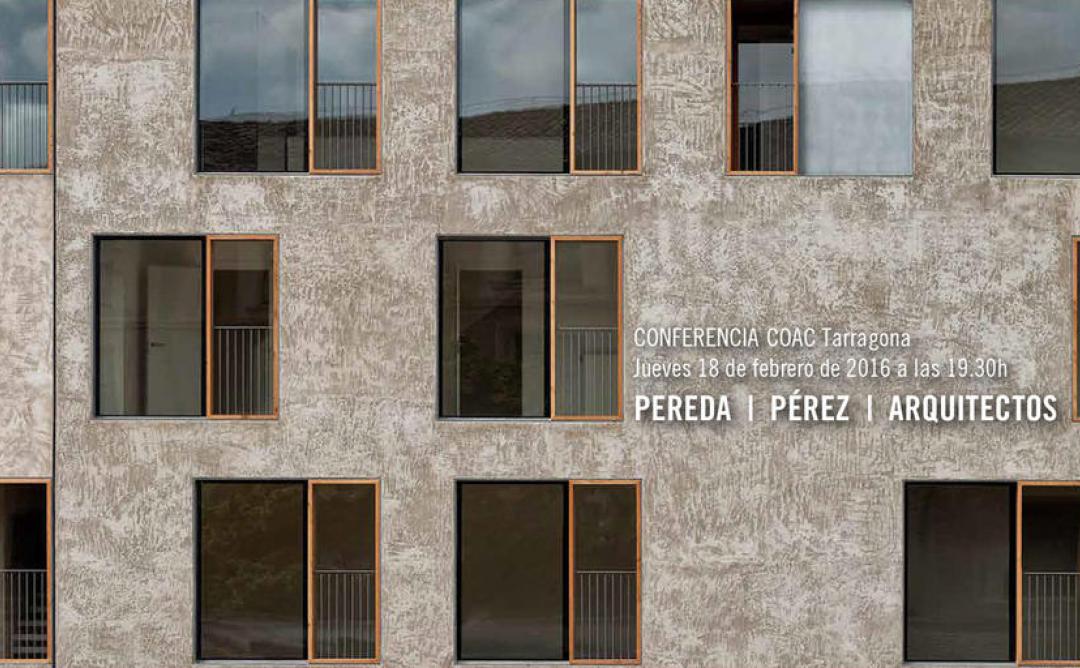 
On 18 February at 7.30 pm, the studio Pereda Pérez Arquitectos will be giving a lecture at the Tarragona branch office of the Architects’ Association to speak to us about their most recent architectural work.

At the close of the lecture there will be a 'meet the speakers' dinner at the restaurant Barhaus. If you are interested in attending, please send an email to tarragona@coac.cat.  Price €18.

In 2005, they founded PEREDA PÉREZ ARQUITECTOS in Pamplona and developed their practice dedicated to executing architectural projects. They are also associate lecturers in architectural projects at the University of Zaragoza. Their work has been published in numerous journals and publications. They have also taken part in a variety of exhibitions, workshops and conferences disseminating their work in a number of institutions and schools of architecture on a national and international level such as in Cadiz, Fuerteventura, Burgos, Barcelona, Seville, Madrid, Pamplona, Pontevedra, San Sebastian, Zaragoza, Ultzama, Granada, Salamanca, Oporto, Seoul, Durban and the Freiburg Forum, amongst others.