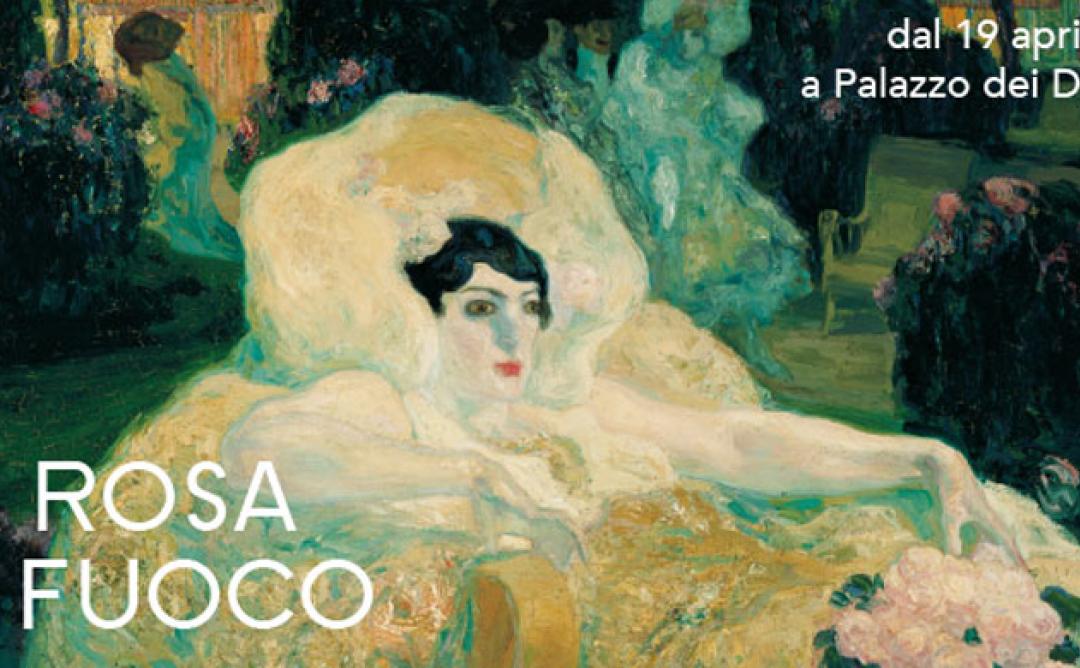 The Rose of Fire, or rather La Rosa de Foc in Catalan, was the code name used by twentieth-century anarchists to refer to Barcelona. This name evokes the political, social and cultural turmoil that ignited Barcelona at the turn of the century.

Our Historical Archive has lent out a few items for this exhibition. The transferred pieces include a lithograph, which is a copy of Barcelona's original plan by Cerda, and eleven photographs which were part of the 1927 exhibition tribute to Gaudi, held in Barcelona one year after his death. Most of the photographs are copies that were commissioned to Adolf Mas for the 1910 exhibition held in Paris. The other ones were new commissions.

Maria Luisa Pacelli, director of Palazzo dei Diamanti, explains that bringing architecture into an exhibition room was the biggest challenge the exhibition involved. "We did not want to repeat the installation of previous exhibitions on Catalan Modernism seen in Italy, which showed objects by Gaudi and Domenech i Montaner. So we decided to focus on Gaudi only, through period photographs by Adolf Mas, kept in the COAC's historical archive".