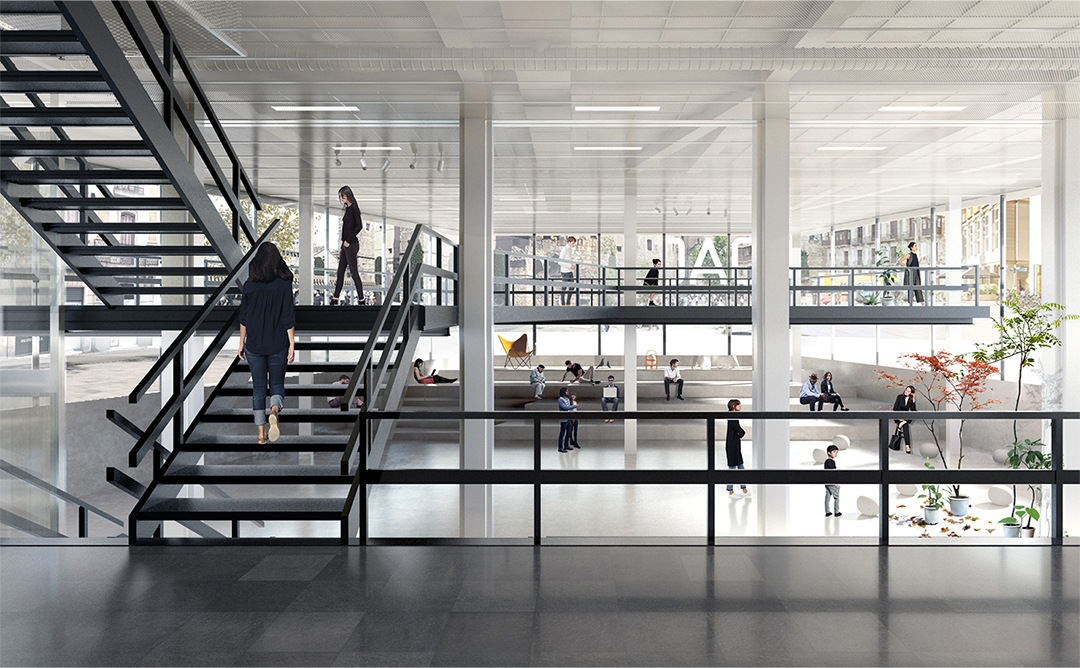 The winning project proposes opening up the public areas of the COAC, taking advantage of the transparency of the ground floor and enhancing the visibility of the interior, where an urban-scale grandstand invites passers-by to come in, turning the lobby into a kind of agora that flows out to the Plaça Nova. This agora will enhance the visibility of the mezzanine, inviting visitors to start their tour by going up to the communal areas of the COAC. Until now this walk ended in the auditorium, but with the new project it will extend to the second floor of the building, taking advantage of the so-called ‘terrace of friezes’, which will be used for open-air cultural events.

The Jury’s decision
The key features that the Jury highlighted in this proposal were "its transversal street-to-street nature, the transparency of the relationship with Plaça Nova and the amount of light brought into the darkest section, where the auditorium is located". They also highlighted aspects such as the "versatility of the spaces created", "the creation of more than one ambience" and "the accessibility solutions provided". And all without relinquishing the architectural language of the original building.

Open Architecture Centre of Barcelona
Following the recent renovation of the building’s facade, and taking advantage of its privileged location, the COAC is taking another step forward with the aim of strengthening its connection with the general public, making the venue more versatile and accessible. The goal is to become a meeting place between the general public and architects, a common space for debate and reflection that aims to raise awareness of the role of architecture as well as promoting research.

The refurbishment work of the different spaces is expected to take place throughout 2020. During the interventions, the COAC's cultural activities will be rescheduled in alternative venues around the city.

Special mentions and selected projects
Apart from the winning project, the +PLUS proposal by Jorge Vidal was awarded a special mention. The other proposals that went through to the second stage were as follows: