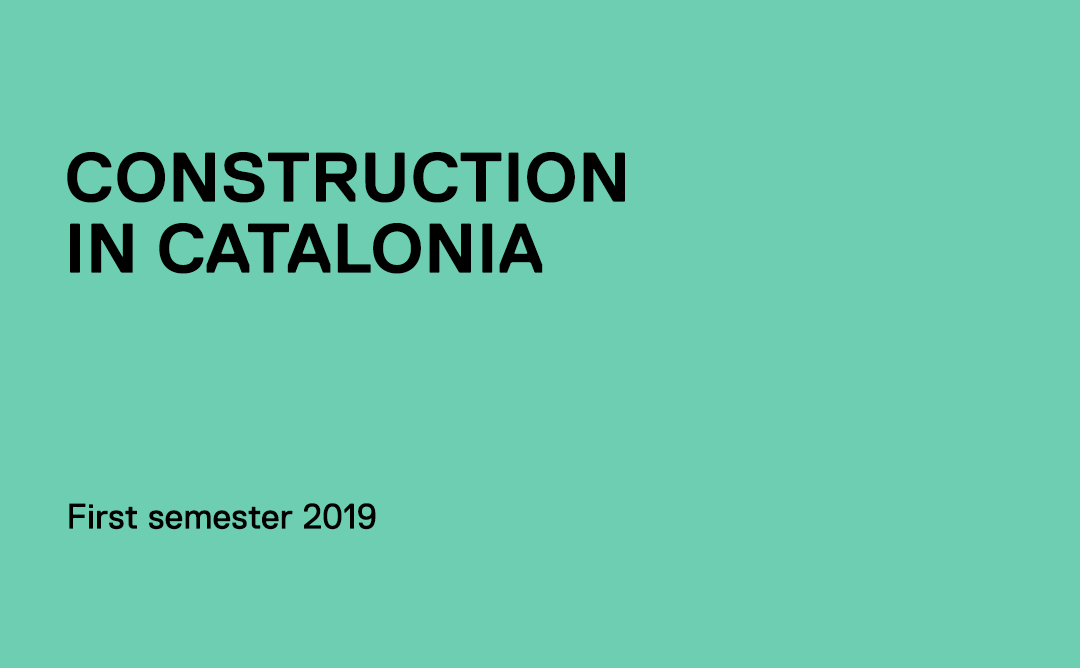 Slight growth in construction, but based on an unsustainable model

Imatge:
© Col·legi d'Arquitectes de Catalunya (COAC)
The business of the construction sector is based on the traditional model, with an emphasis on new build. Major building renovation work continues to lose ground, as it has done since 2017.

Resolving shortfalls in terms of accessibility, insulation and energy efficiency – which affect people’s health and well-being – is still the greatest challenge in a country where 40% of its building stock is more than 50 years old, and in the context of a climate change that calls for determined action from the construction sector as well.

On 9 July, the COAC invited the press to a meeting to analyse the construction and building renovation situation in Catalonia in the first six-month period, based on a comparison of construction figures with the same period last year.

1. Year-on-year growth is low. It has dropped by almost half, currently standing at 5.5%. In previous years, the biggest projects (more than 10,000 m2) were mainly responsible for the increase in the authorised building area. This has not been the case in the past six months.

2. Small and medium-sized projects are gaining ground. If this is consolidated in the coming months, it could point to more structural growth for both the profession and the sector. Some 4,691 projects have been authorised, a rise of 8%. Of these, 35 are large projects, 7% less in terms of land area than the same six-month period last year (almost all of which are new build, with just 2% of this area accounted for by building renovation).

3. New build is the big protagonist, having risen by 10.5%. On the other hand, building renovation continues to decline, by 8.2%. It is obvious that the better the figures for new build, the worse it is for major renovation work, and this is an alarming trend.

4. Growth is not evenly spread throughout the region. The general figures are up, apart from the province of Girona and the city of Barcelona.

Analysis by type: new build vs building renovation
New build has grown by 10.5% and an area of 1,772,983 m2 has been authorised for building. Both the number of projects and the surface area have increased.

In terms of major renovation works, the figures are still negative. Renovation work only accounts for 24% of the authorised building land in Catalonia. Regionally, the figures have dropped overall apart from Girona and the metropolitan area of Barcelona (not including the capital).

To conclude, the figures show that major building renovation has been losing ground continuously since 2017, in contrast to the trend for new build projects.

Housing projects
We should reiterate the fact that housing currently accounts for 70% of all building work in Catalonia, mainly new build (with building renovation projects falling by 15%).

The 1,664,109 m2 of land authorised for building corresponds to 7,866 new dwellings (an average of 2.1 dwellings per thousand inhabitants). This growth is concentrated in small projects, while larger developments have declined.

In regional terms, the biggest drop has been in the city of Barcelona (-47%). Tarragona has grown by 85%, a similar situation to last year. The growth in Lleida and Terres de l'Ebre corresponds to a few very large projects. The rest of the province of Barcelona shows growth of 10%, while Girona and the central counties have dropped by around 12%.