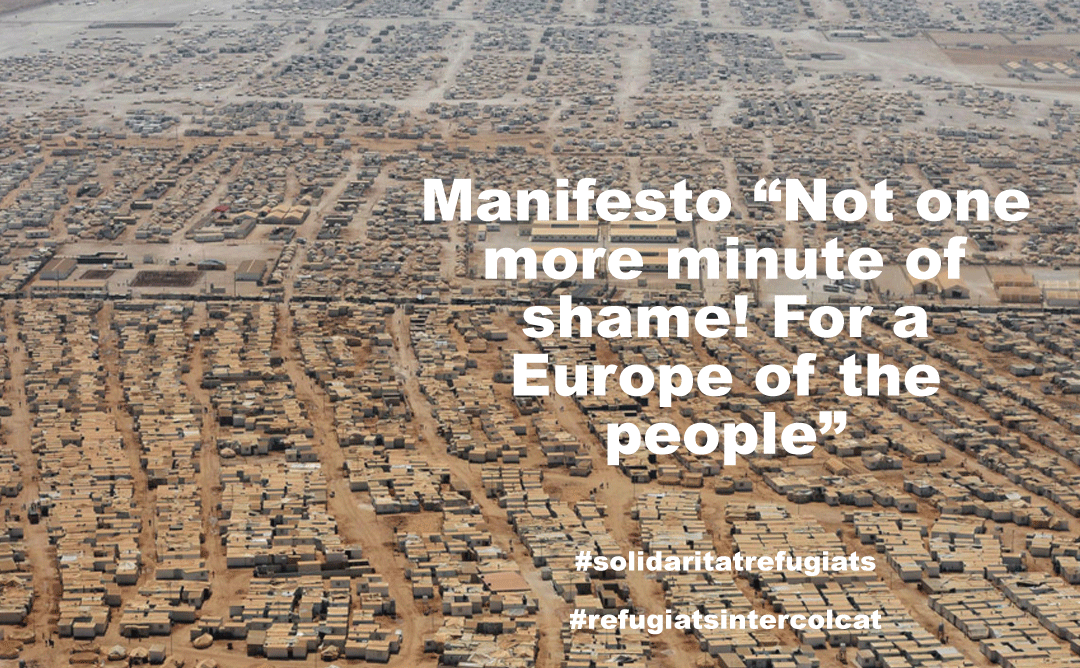 Imatge:
Camp de refugiats de Zaatari, prop de la ciutat jornada de Mafraq (Jordània)
The Intercollegiate Association of Professional Associations of Catalonia, to which the Architects' Association belongs, together with more than 100 other professional associations, is promoting a campaign to denounce the sub-human situation faced by refugees arriving on European soil.

It refers to a situation that worsened immediately after the preliminary agreement reached between the European Union and Turkey, which means expelling all those who arrived in Greece illegally, including those escaping from wars or suffering persecution, as in the case of Syrian refugees.

'Not one more minute of shame! For a Europe of the people'
Under this slogan, the professional associations are denouncing the current situation and stressing that human rights are the only values that should guide our society. Thus, they are urging all countries to prepare rapid and effective measures to improve aid to refugees.

To that end, they have drawn up a ‘Manifesto in Defence of Refugee Rights'. They were able to get all the public administrations, public and private institutions and NGOs to support this Manifesto, along with all those groups and citizens who want to reverse the current situation in which the migrants find themselves.

Open event for handing out the Manifesto
As part of the campaign in favour of the refugees, the Associations are planning a number of actions.

The most immediate one is the event for handing out the Manifesto, taking place on Thursday, 17 March, at 1.15 pm, at the Office of the European Commission in Barcelona (Passeig de Gràcia, 90). The handing-out event will be undertaken by the deans and presidents of Associations along with the boards of the Associations and representatives of other supportive institutions.

This is an event to be attended by anyone wishing to show their support for the refugees and to denounce the precarious humanitarian situation in which they find themselves.
16/03/2016
Tornar