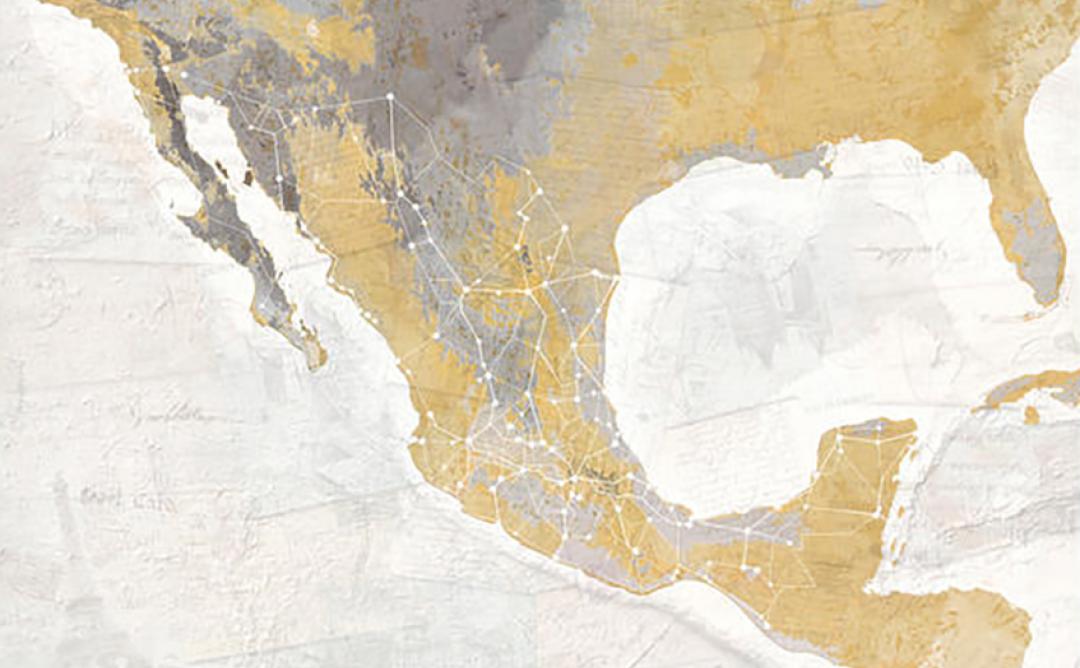 Imatge:
© BIENNAL DE PAISATGE
One of the precedents around the world in relation to the legal protection of landscapes, from large natural reserves to  genuine settlements, is Mexico. There are laws dating from the beginning of the nineteenth century. However, it was from the middle of the 20th century when all efforts began to concentrate on defining legislation that nowadays protects the Mexican landscape heritage. If we look through the Mexican projects that have been presented at the International Biennial of Landscape of Barcelona, we can find a trait that most of the works have in common: landscape is not reduced to something merely natural, it investigates the cultural aspects, emphasizing on social aspects and how they re-evaluate and interact with what surrounds them. These works reflect how the landscape can become an incentive, how it can become a starting point and, with the help of construction, or in some cases non-construction, how the landscape can show the most intrinsic values of the territory.

The objectives set by the different landscape policies of Mexico are provided with different instruments and strategies to give specific response and achieve the challenges. Thanks to the legal framework established by Mexico's historic and cultural landscape Law, promoted by the federal deputy Uriel Flores Aguayo (member of the parliamentary group of El Partido de la Revolución Democratica) in May 2015, landscape is set as a dualcomponent concept, spatial and temporal, but also multi-scalar. Subjectivity influences the interpretation of the definition, so it is difficult to define it objectively. For this reason, the law proposes the necessary tools to achieve the conservation and management that belong, in part, to public administrations that have the power to influence landscape. Ordinances, landscape studies, relevant landscape catalogues, impact analysis and landscape integration, landscape action projects, etc. are all tools systematized by the law, which also specifies who should execute them (regional governments or city councils).

Mexican cities have undergone stress regarding city-planning induced by the demand of housing needed to cover migration. Consequently, public spaces are left abandoned and end up weakened. Due to this urban transformation residual spaces have appeared, of which some are now the starting point for the recovery of cultural, environmental and sustainable values all through the creation of new landscape architecture. Through a cross vision of the site, these landscape architectures not only integrate their pre-existences, but also put on the table the problems and worries of the people that have to be solved during these changing processes.

There is, obviously, an interest in historic value when reconverting a site. This is shown in the project of Copalita, eco-archaeological park (Huatulco) designed by Mario Eduardo Schjentan; and, also, in Malinalco Residence (Malinalco) of the same author. Both of these projects are defined by the presence of archaeological remains and historical architecture. However, many projects have looked into industrial spaces (which are often undervalued), now obsolete, and opt for a transformation of these, emphasizing the original context as a resource to reconvert them in new landscapes, such as The Museum of Steel (Monterrey, Nueva León) by James A. Lord and also The Garden Nature of the Bicentennial Park (Mexico City) by Mario Eduardo Schjentan. Without forgetting the inheritance, there is a tendency that relates to new more ecologically sustainable models, leaving behind the more exotic vegetation and re introducing native species that at the same time rescue the original Mexican landscape, as show projects like La puerta de la creación (Monterrey) by Rene Bihan, The archaeological landscape of friendship route (Mexico City) by Pedro Camarena, and The Garden nature of the bicentennial park.

As we mentioned at the beginning, starting with the first sketch there is a desire to get the society involved in order to trigger an appropriation of these spaces by the community. Architects Julio Gaeta and Luby Springall apply this strategy in their projects, for instance in Cuernavaca Railway Line Park (Mexico City) or Memorial to the victims of violence (Mexico City). On a different scale Alin V.Wallach and Rozana Montiel Saucedo in Building common-unit (Mexico City) transformed a communal space together with the neighbours.

On the other hand, still retaining the presence of the community, there are a set of projects that establish continuities between zones at an urban scale. In other words, there is an integration of residual zones that have remained isolated from the city where the goal is precisely this: to build it. For example, in the Cuernavaca Railway Line Park mentioned before, the urban scale linear forest sets a multi-scalar public space that binds the system of urban spaces of the city. Different, but in the same manner of establishing a connection with the surrounding city and achieving dynamic and catalytic spaces, we find the Masterplan Center Orient Montada (Ciutat de México) project by Pere Joan Ravetllat and Carme Ribas. This urban fabric also suggests a mix of uses to generate new centralities, like for instance the Plan in San Luis (San Luis Potosí) by Eduardo Schjetnan, or Monterrey Technological Plan, urban regeneration plan (Monterrey) of Dennis Pieprz where a transformation of a university area is outlined towards a more integrated community in the district.

Finally, focusing on the issue of public administration, we could take a look at the projects of the Technological Institute Higher Studies of Monterrey (Campus Guadalajara). Although these projects are located in Costa Rica, traits can be found that relate to the Mexican administration’s way of handling urbanism. This project deals with a hotel complex linked to nature. This is to ensure maintaining the existing vegetation (the local landscape prevails over the other pre-existing ones; the native flora is the dominant one) and also the concept of reforestation in lands affected by infestation is considered. In relation to the cultural landscape, there is a commitment to local construction techniques. The craftsmanship and the traditions are references but without leaving aside the use of renewable and sustainable materials that take care of the environment. The inputs are more or less clear, although they don’t define the end result, they expose the mechanisms to avoid the loss of socially recognized values regarding landscape. The need to define these landscapes is obvious, and if we analyse the projects of the Biennial, one can see the clear intention to continue with these guidelines for the future and thanks to entities such as CONACULTA (National Council for Culture and the Arts) and SEMARNAT (Secretary of environment and natural resources) that ensure these initiatives are fully integrated. The Mexican landscape, considered in all its aspects, is lucky to be protected, but now the ball is in the court of architects, landscapers, urban planners and, above all, society which is gradually becoming aware of the relationship between territory and community, and how landscape is something visible that is directly related to concepts such as quality of life, identity of the place…
5/07/2019
Tornar