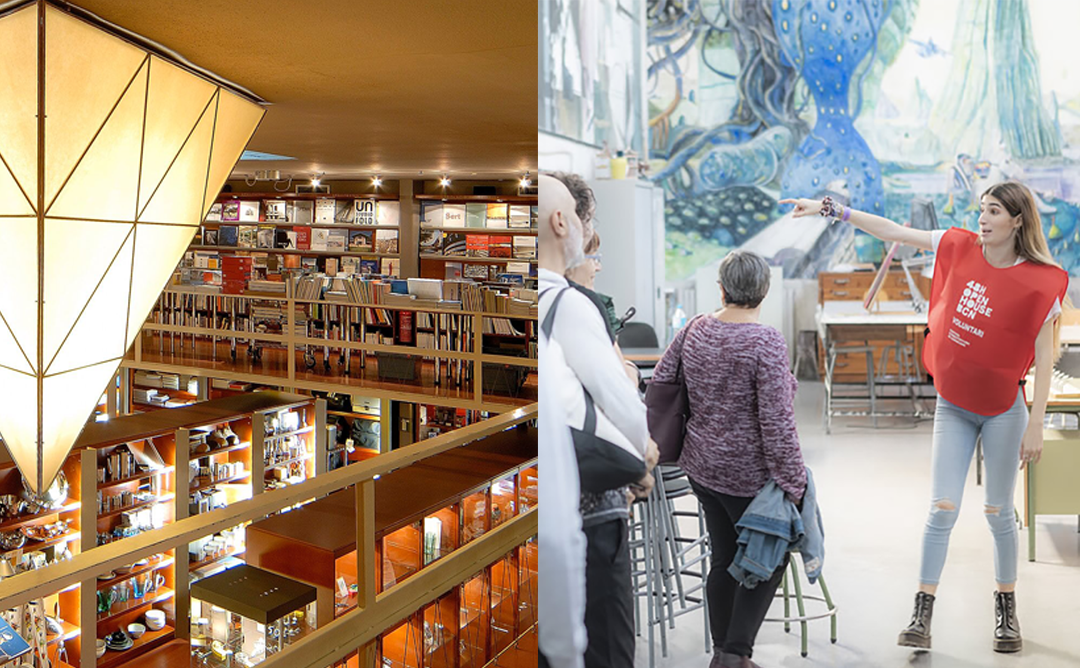 The Governing Board of the Architects’ Association of Catalonia has decided to award the 2019 COAC Medals to 48H Open House and the Jordi Capell Architects’ Cooperative. With this distinction, the COAC recognises the work undertaken by both entities in sharing information on architectural heritage, architects and architecture.

The COAC Medals are the institutional distinction awarded by the Architects’ Association of Catalonia in recognition of  individuals' or entities' contributions to the progress of architecture or the COAC itself.

This year, one of the Medals was awarded to 48H Open House, an event promoted by a non-profit cultural association, 'for its efforts to share the city of Barcelona's architectural heritage and to promote architecture as an essential component of culture'.

This cultural festival, which was visited by more than 60,000 people in 2019, is one of the most successful events of its kind in Barcelona. The award also recognises the volunteer architects who help to raise the general public’s awareness of the values of architecture.

A Medal was also awarded to the Jordi Capell Architects’ Cooperative 'for its contribution to promoting architecture, providing services for architects from a cooperative perspective to provide them with the products to do their jobs, most notably a specialist bookshop on architecture, which has been in operation for 40 years and is now regarded as one of the best bookshops on architecture'.

Furthermore, in response to the diversification of architects' professional practices in order to provide additional services, the Cooperative has become a store specialising in products designed by architects. Since 1979 it has been situated in Plaça Nova, the headquarters of the Architects’ Association of Catalonia, and during these years it has maintained a close and abiding relationship with the COAC’s regional offices, at all times displaying the willingness to serve that characterises it.

In recognition of contributions to the world of architecture
Since 2009, the COAC has regularly awarded the COAC Medals to individuals or entities that have contributed to raising the profile and progress of architecture. Since that time, the Medals have been awarded to individuals such as former deans Francesc Labastida and Joan B. Mur; organisations such as Construmat and ARQUIN-FAD; political figures such as Josep Rull or Santi Vila; and even the Parliament of Catalonia for its contribution in the form of the enactment of the Law on Architecture.

You can view all the recipients of the COAC Medals here.