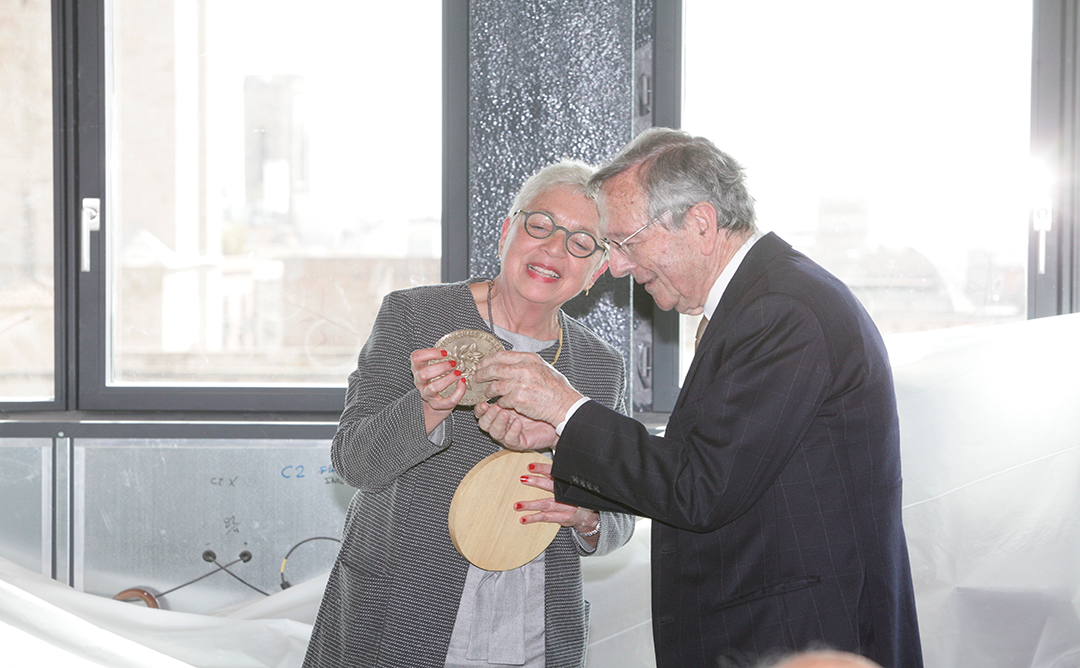 The COAC awards its Gold Medal to Rafael Moneo

Imatge:
© Jordi Pareto / Col·legi d'Arquitectes de Catalunya (COAC)
The Architects’ Association presented the Gold Medal to architect Rafael Moneo at a private ceremony held at the COAC’s headquarters in Barcelona on 3 April. The Association has awarded its highest distinction in recognition of Rafael Moneo’s professional and cultural contributions, which have made him one of the leading figures in national and international architecture of the past half-century.

Rafael Moneo, born in Tudela in 1937, studied at the Higher Technical School of Architecture in Madrid, where he graduated in 1961. His career, which is almost impossible to sum up in the space available, embraced both construction and teaching, with incursions into architectural dissemination and important connections with the world of art, which led him to collaborate on a regular basis with several leading artists.

In the professional field, Moneo, whose works can be found across half the globe, stands out for projects that have changed the face of the cities for which they were designed: Madrid, Toledo, Seville, New York, Beirut, Berlin and Barcelona. Moneo’s work is highly sensitive to heritage, in the sense of both preserving it and highlighting it.

In the field of education, Moneo gave classes at ETSAB between 1971 and 1980, a time when the teaching staff raised the institution to the very height of its prestigious reputation. The author of an extensive collection of books and conferences, his most recent publication is a small book published by Acantilado on the life of buildings that is so entertaining it is equally interesting to people outside the profession as it is to professional architects.

During the course of his career he has won virtually all the main architectural awards, including the Pritzker Prize in 1996.

Moneo has been associated with the COAC for a good part of his career, to the point of constructing its regional office in Tarragona, a building that stands at the heart of Roman Tarraco in an extremely challenging location which now forms part of the city’s cultural life.

COAC Gold Medals
Winners of the COAC Gold Medal include: architects José Antonio Coderch (1984), Alejandro de la Sota (1996), Enric Miralles (2002), Francisco Sáenz de Oíza (2005), and Manuel de Solà-Morales (2012) (all posthumously), as well as Oscar Niemeyer, who received it in 1990, and Oriol Bohigas and Barcelona City Council, who were distinguished with a joint medal in 2008.