Registrations open for the calculation and design course...

Registrations open for the... 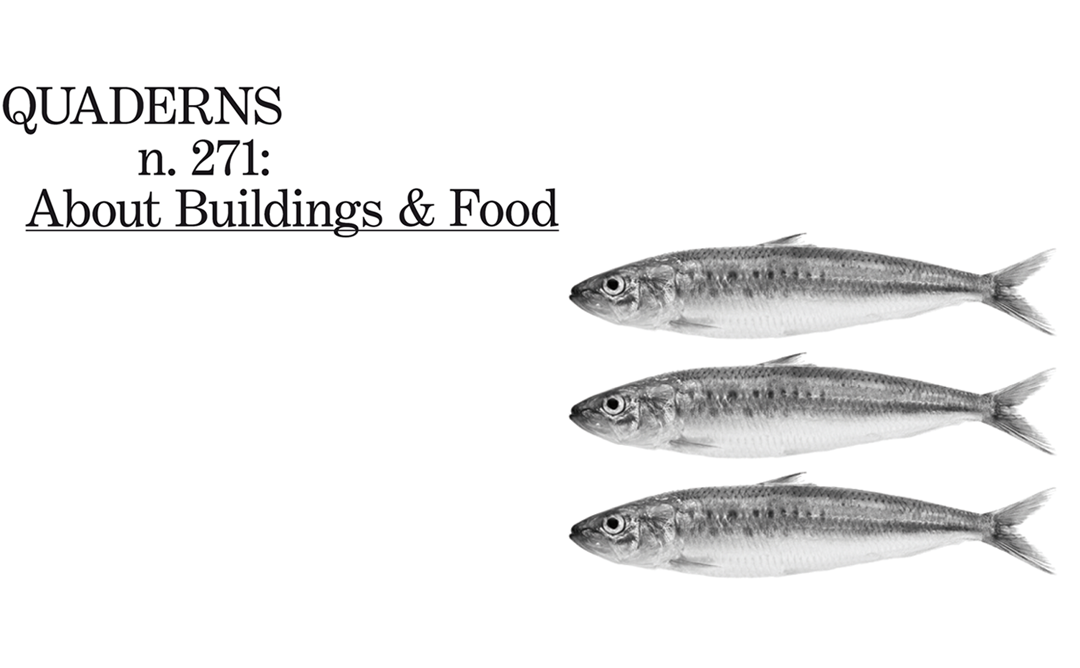 The new issue of Quaderns features articles on food, architecture and the city

Imatge:
© Col·legi d'Arquitectes de Catalunya (COAC)
A new issue of the COAC’s magazine Quaderns d'Arquitectura i Urbanisme has been published, which is now available to members at the various Association offices. This is issue number 271, entitled About Buildings & Food. Edited by the architect Xavier Monteys, the latest Quaderns looks at the relationship between food, architecture and the city.

The pages of the new issue include a variety of different articles: a conversation between Nuria Ortigosa, David Steegmann and Carolyn Steel, who has consistently been the most outspoken architect on the connection between food and the city; two articles by Eulàlia Gómez and Pere Fuertes on the role of food in how the city is organized, as expressed by the positioning of Barcelona's markets; and an article by Magda Mària, who uses images of paintings, drawings and photos to highlight the presence of food as a long-standing tradition in Barcelona.

David Steegmann also considers the current transformations that affect markets as communal spaces, as evidenced in La Boqueria; as well as Nuria Ortigosa's article on changes affecting home life with the growing tendency to have meals delivered. The subject of ready meals is covered in two pieces by Roger Sauquet and Núria Salvadó rounds off the region's relationship with food.

Added to these contributions are two more on organizing the household based around two essential elements, the dining room and the table: the Lisbon scenario, explained by Carlos Dias Coelho, linking changes to the dining room with the urban fabric, and a small collection of European tables put together by Stephen Bates. Finally, there is a piece by Gianluca Burgio on literature that bases its reflections around eating and food.

Upcoming issues
The next issues of the magazine will be produced by the winning teams of the competition run last year by the Association: Josep Ferrando and Marta Poch (no. 272) and Ferran Grau, Núria Casais and Rafa Mateo (no. 273).
24/01/2019
Tornar